How does OnePlus break through one of the most crowded segments and come out on top?
Answer:
OnePlus Nord. 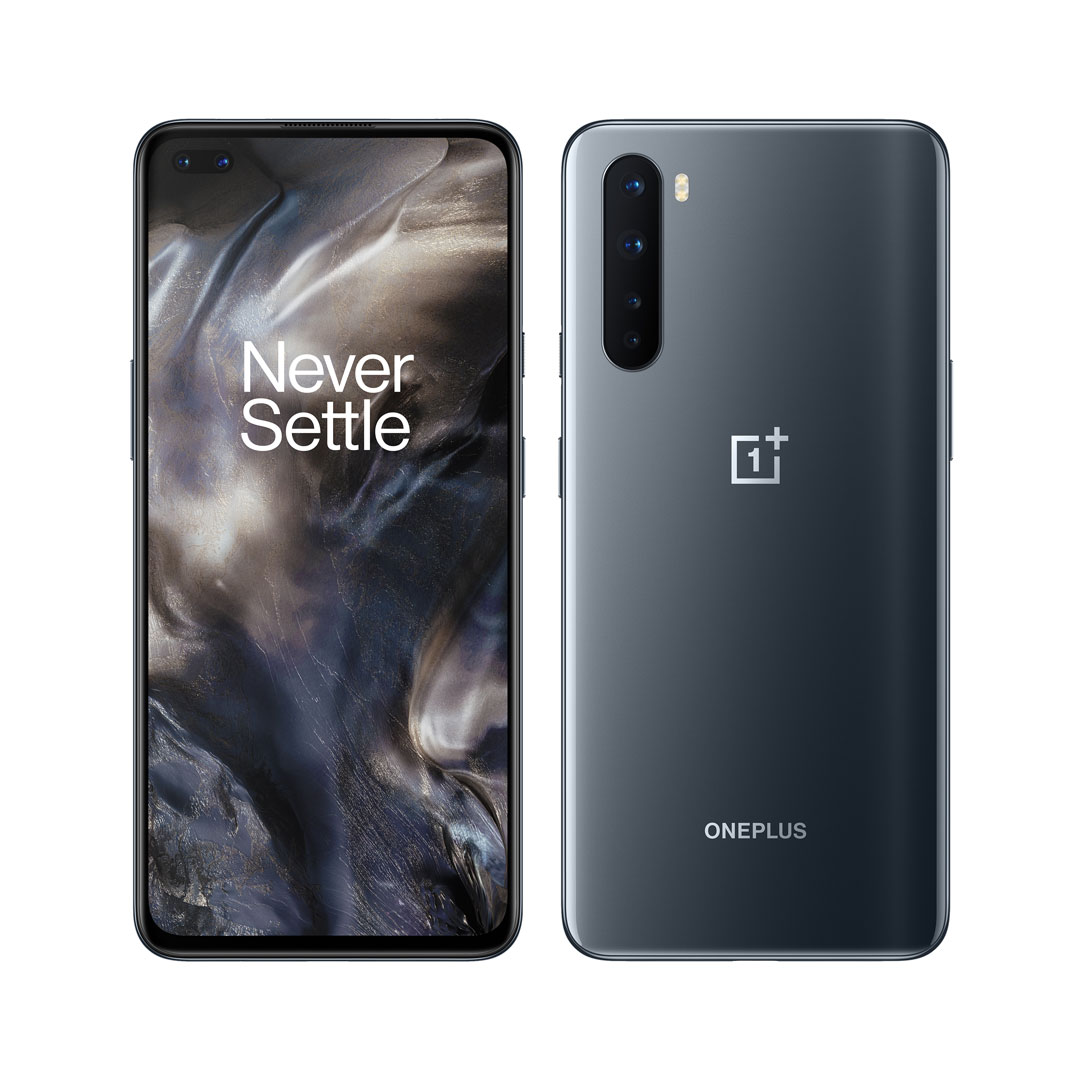 When OnePlus was founded in 2013 and released its very first OnePlus One, the disruption was felt in the industry; a true “flagship killer”. It was a formidable spec-heavy product, with an incredibly affordable price point, and it catapulted OnePlus into infamy, putting it on a trajectory to become a global player in the smartphone field, with extremely notable success in both India and Europe.

Fast-forward to 2020, and the price of flagship-level smartphones for all brands has alienated a large majority of the market, with prices inching closer to $1000 dollars. The OnePlus 8, despite still carrying a serious value proposition, is tailored to those that will spare no expense for the absolute best specs, and as such is still out of reach for many consumers.

To succeed in the increasingly important mid-range smartphone market, keep with the company philosophy of providing the absolute best hardware and software experience possible, and truly bring this experience to the world, OnePlus needed to go back to its roots, to find it’s true north, and to start a new beginning.
Blood in the water
The speculation begins. Media is already starting to pick up on the possibility of a mid-range OnePlus device. Dozens of media articles all detail their supposed device naming “leak”: the OnePluz Z and the OnePlus Lite being the most common. All of this interest and media coverage forms the foundation for what comes next, a tease of epic proportions. 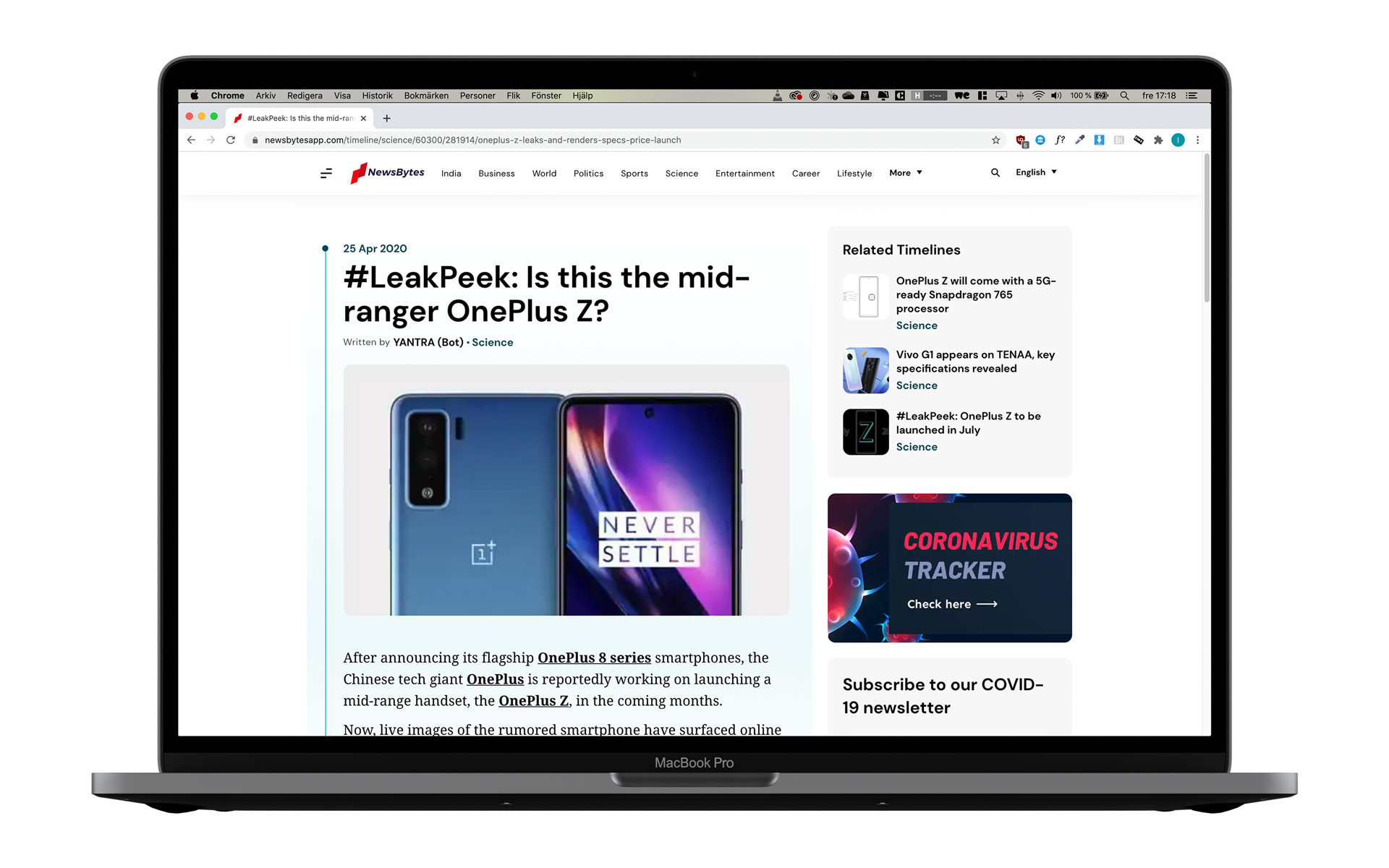 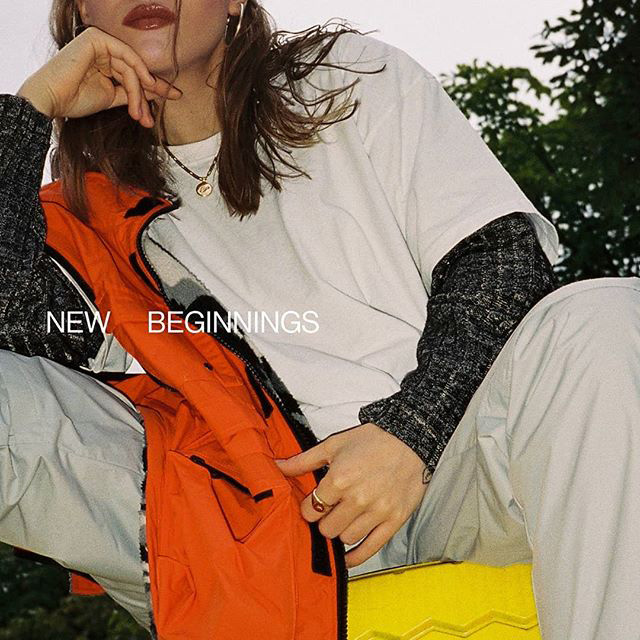 The beginning of New Beginnings
On June 23rd, OnePlus CEO Pete Lau made a post on the OnePlus forums (OnePlus’ go-to platform for engaging deeply with our community of fans and customers) beginning with "hi friends", and an image saying “New Beginnings”, and told them of our endeavor to bring the OnePlus experience to a more affordable product, and that the product is indeed, on the way. At the end of his post, there was one link: a private IG account, with the handle @OnePlusLiteZthing. This moment was the start of a month-long campaign to launch the OnePlus.. Lite.. Z… thing.. but for real, what’s the actual name?

Pete posted at 8PM, and by 9PM, it became physically impossible to keep up with the follower requests. Turns out, it’s really difficult to hit approve on thousands of people, one-by-one, by hand. After 7 days, 115,000 followers, with 5 people, internationally, working around the clock to approve requests, Instagram pumped the brakes and told us we had to take our account public because of “suspicious activity” (AKA: success!). But by this time, the hook had already been set.

A series of posts counted down to June 30th, but instead of releasing a single detail about our product, we peeled back the curtain and released Episode 1 of our documentary series: New Beginnings, which details former co-founder Carl Pei’s assembly of a crack team, and kicking off the most rapid product development process and product launch in the history of the smartphone. The documentary’s vérité-style was also in keeping with OnePlus’ tradition of maintaining an obvious and straight-forward openness and visibility with our customers and fans.

The media and fans went wild, with every tech publication and their parent company reporting and speculating, which led to a record IG follower growth rate. All of this, without us even mentioning a single feature about the product.
Countdown to the Launch
Over the next 3 weeks, and all via an Instagram-first approach, we announced our name, OnePlus Nord, complete with a unique visual identity and product line positioning, and continued to release the episodes of New Beginnings, and dropped details about our product in a series of short animated videos. The hype was real. People were begging for the climax, but we’ve got a schedule to keep: the tease must go on.
‍
Continued to release episodes of New Beginnings
‍
As mentioned in a codified IG post, our launch was scheduled for July; July 21st to be exact. Traditionally, OnePlus is known for doing regional product launches in key markets, a chance for customers and fans to be a part of the excitement of a real offline launch event. We all know 2020 has been a challenge on a number of levels, and offline events just seemed to become less and less possible as the year went on. This product launch called for something different, something new, a world’s first.

Together with AR juggernaut Blippar, we created the world’s first AR product launch, a fully immersive launch experience, and invited people to download our custom app, OnePlus Nord AR, available on both Android and iOS. We let people know how to participate, and watched the downloads roll in. 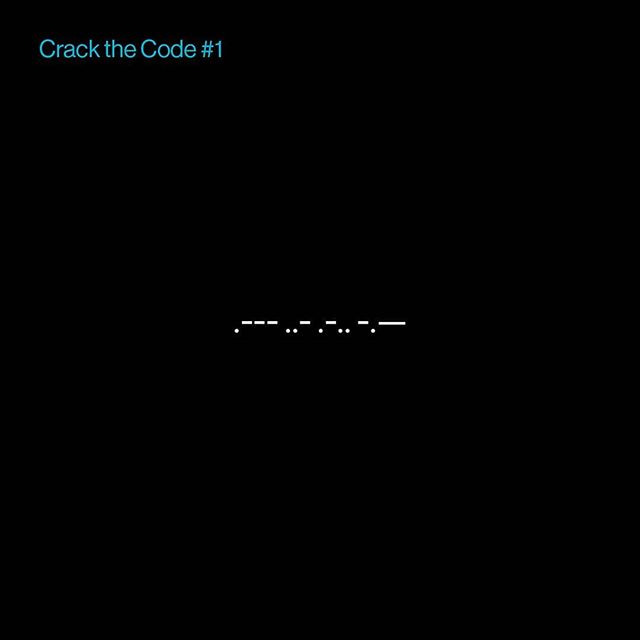 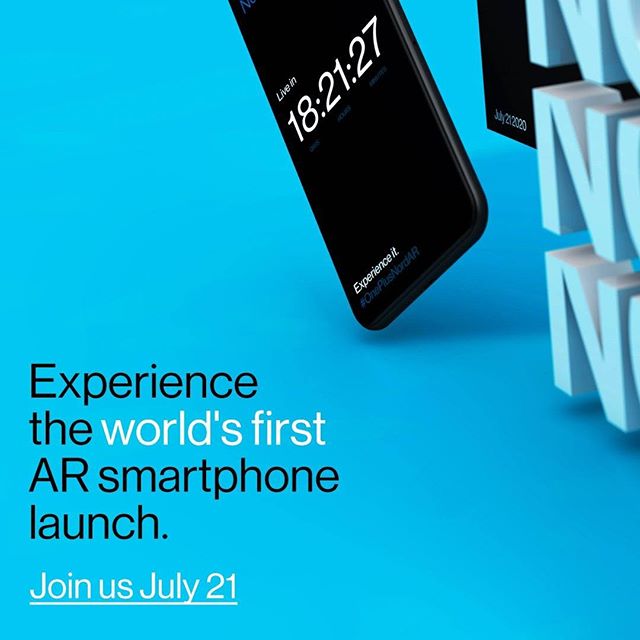 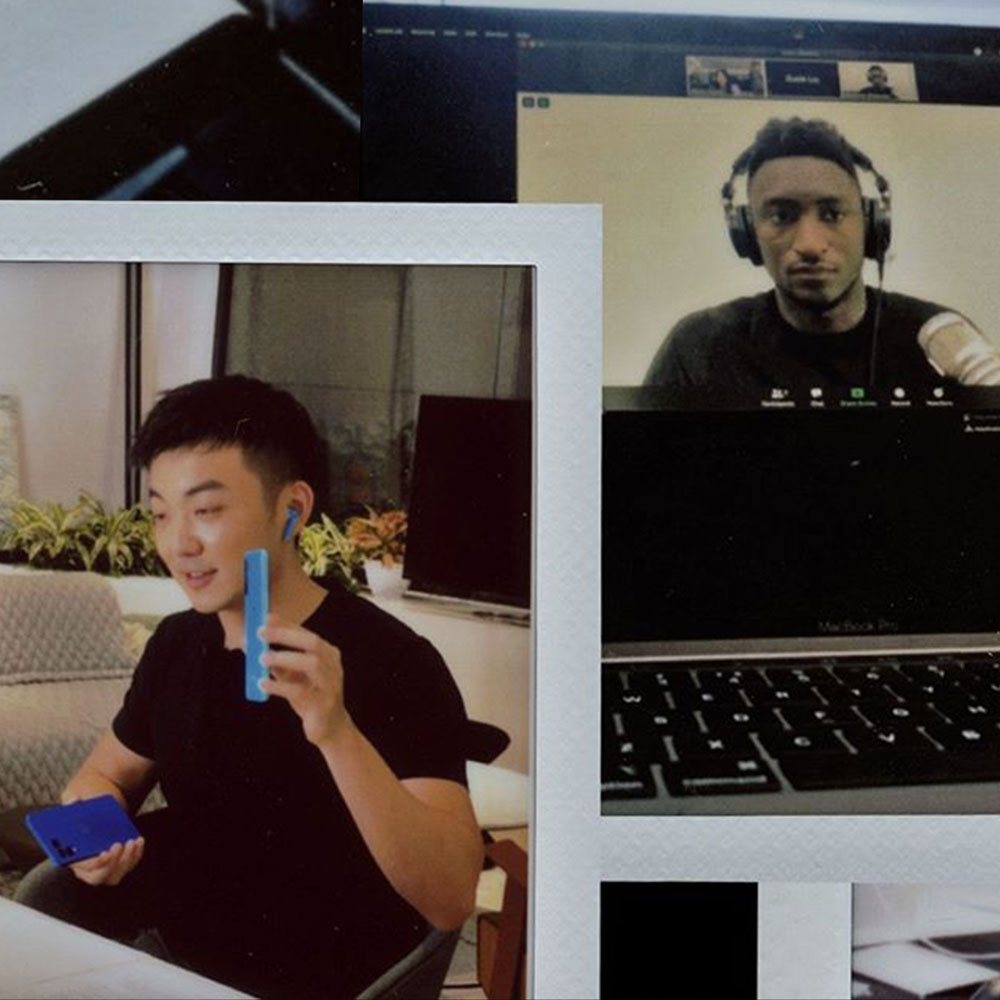 MKBHD
The first true look at the OnePlus Nord, and several of the features, came during our interview between Carl Pei, and arguably the world’s most famous tech influencer, Marques Brownlee, AKA MKBHD.

The 30-minute interview pulled back the curtain even further, creating a dialogue centered on industrial design, and hardware choices. We showed prototypes that didn’t make the cut, and the first clear shot of the Nord. It also showed that the act of leadership at OnePlus, notably Carl Pei’s leadership, involves a holistic approach to everything about our products. No detail too small to consider or discuss at length, MKBHD and Carl went through everything.
Launch time
To ensure that as many as people as possible were able to witness the AR launch experience, we expanded viewership by partnering with world-renowned tech Youtuber Lew Later, of the Unbox Therapy channel. Unbox Therapy hosted a viewing party on Youtube, providing commentary and reaction where he saw fit.

Furthermore, for our fans in Europe, we partnered with various regional influencers, to open up participation to the non-English-speaking crowds.

A Youtube masthead in India directed users to the Unbox Therapy launch event. On top of creating a sensational 23-minute AR experience, complete with a virtual Carl Pei, interactive viewing of the product itself, and an originally composed soundtrack, we blew our targets away, reaching an average of 620,000 concurrent viewers. In total, that launch video has been watched over 3.5 million times. The response to the experience itself was overwhelmingly positive, with thousands of articles, tweets, posts, and comments discussing the campaign, the launch, and the product.
Pre-Order and Popup
During the pre-launch period when we brought the first batch of pre-orders (when the phone was not even revealed) we sold out in 30 seconds. When launching our second batch – we were sold out in minutes. Still without having introduced the actual phone.

After the launch of the phone and following the success of the AR launch we then integrated the much anticipated and popular physical Pop-up experiences into a digital one. Channeling and transitioning the marketing hype into hot sales was the primary objective. We literally worked the oldest trick in the book – creating never ending lines of people - and made it digital. Making sure to deepen the social buzz around our phone now being up for grabs. We reached out to influencers and customized their own avatars – ready to stand in line, shoulder to shoulder with everyone else. More than 31,000 people made their own avatar and queued up – to be the first one to get their hands on our newborn baby.
Pretty much everything you could ask for, at a pretty great price.
Of course, the important take-away from the launch of the Nord, was the Nord itself. A true return to form for the company, the combination of price-point, features, and specs raised the eyebrows of tech influencers, tech publications, our fans, and the market in general. We had delivered on our promise to users of creating amazing hardware and software experiences, and we had also successfully made people well aware, the world over.

Opted in to Notify Me on Amazon

Best selling smartphone on Amazon Prime day in India. Ever.

OnePlus Nord surpassed Tesla Cybertruck in means of creating market hype, globally
The Future
The launch of OnePlus Nord will not exist in a bubble, and is in fact the first point in a brand new product line experience for OnePlus, complete with its own visual identity and positioning. On top of connecting with our core following of tech lovers, OnePlus Nord continues to build bridges outside of our traditional followers. In the Nord, OnePlus has found its true north.